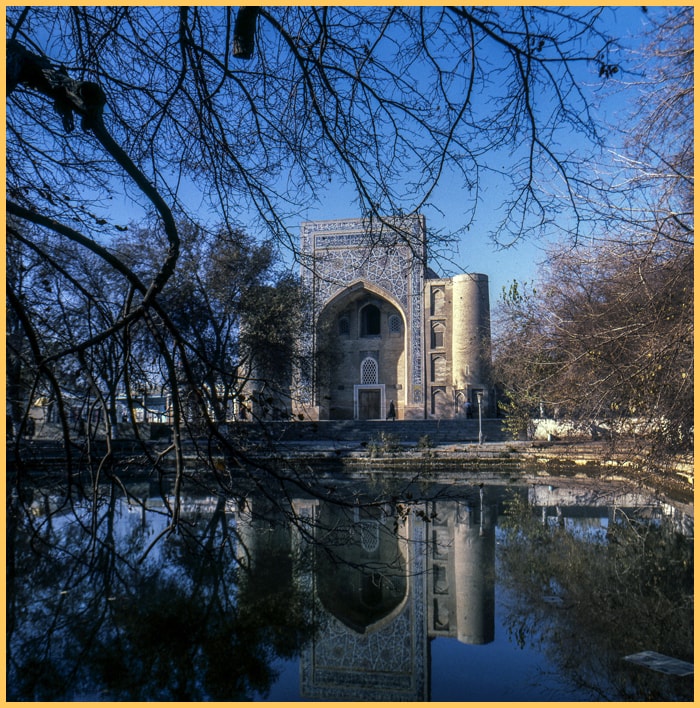 Day 1: Tashkent - Nukus
On arrival we will visit Independence square placed for the victory over fascism in World War II. We will walk along the local Broadway and see the famous Tashkent metro, amid the most beautiful subways in the world. Visit the old part of the city which includes: Chorsu Bazaar, Kukaldash Madrasah and Hast Imam complex that involves of several madrasahs, mosques and mausoleum as well as the Othman Quran which is the world's oldest Quran copy of the 8th century. Quran belonged to Othman Ibn Affan, the Third Caliph but killed by non-muslims in 8th century. Evening flight to Nukus. Night is in a hotel.

Day 2: Nukus - Kungrat - Sudochye - Aral Sea
Today we will travel to Aral Sea. It will take 9 hours via following route: Nukus - Kungrad - Plato Ustyurt - Sudochye Lake - Aral Sea. On the way we will stop at Gaur Kala Fortress ("fortress of the infidels"), built around the fourth century B.C. The walls of the fortress, the height of which tops ten meters, are enclosed by the conserved till our days a few strongholds. Today it is impossible to say for sure what kind of buildings they were. We will arrive to Aral Sea and discover the surroundings. Overnight is in tents.

Day 3: Aral Sea - Muinak - Nukus - Tashkent
You can shoot some great photos early in the morning at dawn. After breakfast you will visit picturesque canyons of Ustyurt and drive towards Muinak through the dried bottom of the sea. The town of Muynak is one of the striking examples of the ecological disaster in the region. It was once the largest Karakalpakstan's port and Aral Sea center of fishery. On arrival in Muinak visit the graveyard of ship in ex-shore of the Aral Sea and town museum. After visits drive to Nukus. Arrival and flight to Tashkent. Overnight is at the hotel.

Day 4: Nukus - Ayaz Qala - Tuprak Qala - Khiva
We will travel to Khiva which is the most ancient city in Uzbekistan with rich history. Its history is indissolubly associated with the history of the legendary Khorezmshah's State with its capital in Urgench. In the 10th century Khiva is stated as a main trading center on the Silk Road. See the unique city well-looked-after and valued to pass to our next generation. On the way we will visit two famous fortresses: Ayaz Qala and Turpak Qala. Ayaz Qala is an ancient castle of Khorezm, belonged to legendary warrior-slave Ayaz, a Turkic folklore hero. Fortress was found in the II century AD. Tuprak Qala, means "clay fort", was the royal city of Khorezmian ruler Artav. Archeologists right that fortress was built in I or II century AD. It was engaged until 6th century. Night is in a hotel.

Day 5: Khiva - Tashkent
Today is a city tour in the oldest city of Uzbekistan. It will be inside of Ichan Qala, the inner city in Khiva curved with walls. You can find old sound buildings, palaces, mosques, Madrasahs, Mausoleums, Minarets, Caravan Sarais and Bathhouses. Ichan Qala comprises of over 400 traditional dwelling houses and about 60 architectural monuments. In 1969 Ichan Qala was elected a historical and architectural conservation area. The most outstanding sites in it are the Kunya Ark fortress of the 17th century, found by Muhammad Arang Khan, Kalta Minor minaret and Tash Khouvli palace, an incredible sample of Khorezm architectural mastership of 1830s. In the evening we will have a flight to Tashkent. Transfer to a hotel.