Antiquity of the state of the Kyrgyz people

Before visiting the country  tourists can learn a little about the history of the country even though you will be in contact with the guide and local people during the tours.

Kyrgyzstan is known as a country of former nomads who moved from one pasture to another and lived in yurts with all their mode of life. The history alleged of 2000 years old and started in 201 BC in the written notes.

Beginning with Rock Art Gallery in the Issyk Kul region in Cholpon Ata which contains information about the Bronze Age called the center of spiritual life. You can see the images on the walls of petroglyphs, goats, bulls, horses and all of the animals, scenes of usual life of people.

The Kyrgyz history starts from 201 BC in the Chinese notes and the whole history dedicated drom 1000 BC to 300 AD. Many ethnic groups that lived in the vast expanses of southern Siberia and Central Asia participated in the formation of the Kyrgyz people. The Kyrgyz, an ethnic group known in Central Asia as early as the first Millennium BC, have carried their self-name through the centuries to the present day. The information you can find in the chronicle "Historical notes" that 5 people tried to defeat the Hunnu. More information is in Han-shu chronicle of historian Ban Gu. Today different scientists claimed ancient Kyrgyz lived in the Eastern Turkestan.

In the 11-12 centuries. their possessions were reduced to the Altai and Sayan. Meanwhile, parts of the Kyrgyz tribes scattered over a vast area took an active part in events that are rich in the history of Central Asia. They managed to maintain their ethnic independence and become the core of attraction for other ethnic groups. The final stage of ethnogenesis is associated with the Mongolian, Kalmak, Naiman and other Central Asian nation. Until the 18th century, the Yenisei Kyrgyz were under the rule (sometimes nominal) of the Golden Horde, and then oyrot, Dzungarian khans. All this time there was a migration to the Tien Shan. In the 12-15th century the nomads took Islam as a religion due to the close relations with Persian, Arab and Turkish people during various trade processes. Already in the 16th century, the ethnogenesis of the Kyrgyz people was mostly completed here.

More information you can hear from our team during tours. By car rent service you will be in tranquility and have a colorful picture of history of Kyrgyzstan.

In 19th century northern and southern Kyrgyzstan was annexed to the Russian Empire. In 20th century was situation when Bolsheviks came to get the power. After the victory of the October revolution, the Kyrgyz, along with all the peoples of the former tsarist Russia, became part of the Soviet Republic. During Soviet Union time the education began to develop and level of life started to be better. There was a tragic because of the belief to God. In Soviet time it was not allowed.

The Kyrgyz people gained national independence and national sovereignty peacefully after the collapse of the USSR, and here the history of Kyrgyzstan entered into independence. In October 1990, at the session of the Supreme Soviet of the Republic, it was decided to rename the Kyrgyz SSR to the Republic of Kyrgyzstan. On December 15, 1990, the Supreme Council adopted the Declaration of sovereignty of the Republic, and on August 31, 1991 - the Declaration of independence of Kyrgyzstan. After that there were two huge revolutions in 2005 and 2010 because of people were not satisfied with the rules in the country. Nowadays Kyrgyzstan is peaceful country without huge troubles and you can travel easily. Our company offer reliable tours according to your wishes and, moreover, proposes car rent service. 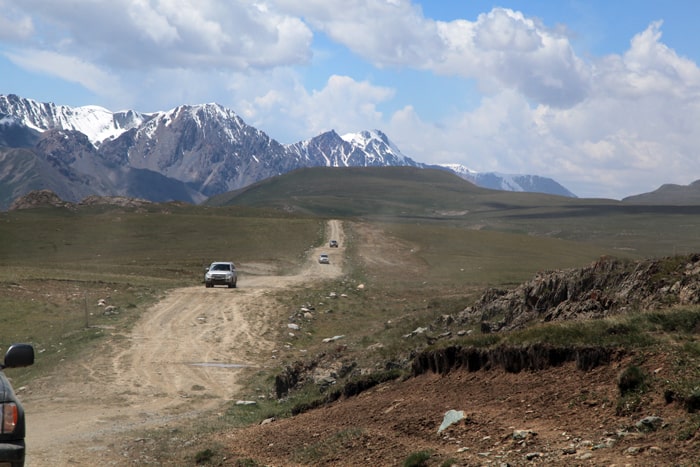